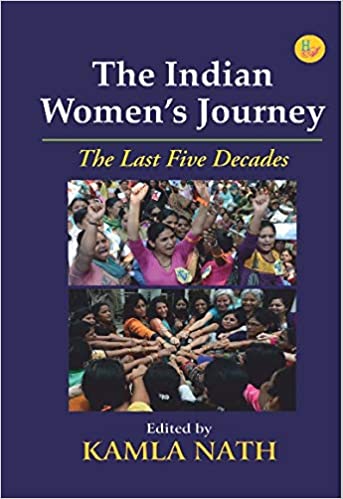 Indian women in the 21st century are increasingly confronted with a myriad of obstacles and problems that pose barriers towards every aspect of their life. According to data released by the NSSO in2017, the unemployment rate of urban women is 10.8% (in contrast with 7.1% for men) and those of rural women is 3.8% (as opposed to 5.8% for men). Unpacking this data in depth provides one with interesting revelations regarding their complex roles within the Indian economy and labour force, and the walls that they have to break through before these numbers can be changed into a more equitable distribution between the two genders.

Despite all the current furore one can spot daily over women’s rights in India (a topic that comes up regularly in mainstream media due to a spike in the reports of violence against women inIndia over the past decade), there is no academic publication that documents and debates the progress (or not) of Indian women since Independence. This surprising fact is the first thought that crosses one’s mind when one reads The Indian Women’s Journey: The Last Five Decades (edited by Kamla Nath and published by Har-Anand Publications Pvt.Ltd., 2020).

A concise compilation of insightful and data-driven essays written by pioneering women leaders and academics fromIndia, the book covers every aspect of women’s position in society and within the Indian economy. The first essay (written by Kamla Nath) is a case in point, as it maps half a century of women’s progression towards equal rights sinceIndia gained Independence from the British. Her analysis puts forth the argument that despite leaps and bounds of positive progress in various aspects of women’s status in society, persistent practices and divides in patriarchalIndian society has led to lingering traces of violence, prejudices and socio-economic obstacles for the community.

One of the essays that tries to confront this problem head-on is the economist Mitali Nikore’s essay ‘Women’s Human Capital’,which argues for the case of including more women in the Indian labour force. This well-researched and evidence-driven piece paints a dismal picture of the current gender disparity in women’s labour force participation in India and also highlights issues that are present in the current section of women who are part of the Indian workforce (including the gender wage gap and occupational segregation).However, this pessimistic opening quickly gives way to an enthusiastic demonstration of positive trends in gender budgeting and inspiring examples of government schemes that have paved the way for more progress. An economic line of reasoning in favour of including more women in the economy is more convincing than moral arguments.Hence, this essay in particular can be very useful for any feminist who wants to make a solid case for promoting the increased participation of women in the formal workforce.

The book also contains essays that cover various aspects of the Indian woman’s journey, including the especially vulnerable community of widows, the national efforts to foster the status of women, discussions on international best practices that confronted various problems revolving around women’s socio-economic problems all over the world and legal perspectives on Indian feminism. It is the need of the hour to have a concise and comprehensive academic volume like Indian Women’s Journey in order for feminist activists, economists, students and civil society stakeholders to understand the roots of the cause that they’re fighting for. There is a long way to go before gender equality can be achieved in a complex country like India, where women’s status differs from state to state. But the publication of this book is a positive forerunner for such a positive collective objective.